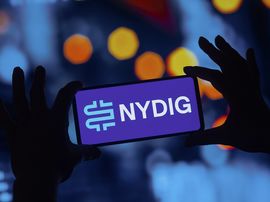 Bitcoin firm NYDIG, which counts some of the biggest Wall Street banks as its partners, appointed a new chief executive officer and president, the latest changing of the guard in the battered crypto industry.

Both alum of Goldman Sachs Group Inc., Shah and Conrad were most recently the firm’s global head of institutional finance and global head of payments, respectively. They will focus on growing the businesses serving North American miners and payments partners, the company said.

NYDIG has been one of the major lenders that funded the Bitcoin miners’ expansion since the last bull run in 2021. With the collapse of crypto prices, many mining firms have struggled to raise capital and become distressed. In August, Stronghold Digital Mining Inc. aid it reached agreements with NYDIG and WhiteHawk Capital to eliminate over half its debt and add liquidity.

NYDIG said its balance sheet is “the strongest it’s ever been” with its Bitcoin balance hitting an all-time high in the third quarter, up almost 100% year-over-year. Revenue is up 130% through the second quarter and set to increase in the third quarter. The firm raised $1 billion last year at a valuation of more than $7 billion, in a round led by WestCap with participation from Morgan Stanley, MassMutual, and others.