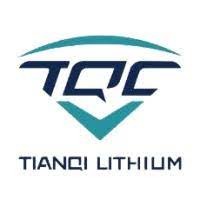 SINGAPORE — Shares in the Asia-Pacific were mixed on Wednesday as China releases trade data, and the Bank of Korea and Reserve Bank of New Zealand hike rates.

Miniso shares also dropped in its debut on the Hong Kong market.

Taiwan’s benchmark Taiex jumped more than 3% in morning trade after the finance ministry said it would use its stock stabilization fund to intervene in the market, according to Reuters. The index was last up 2.55%.

The S&P/ASX 200 in Australia was about flat.

MSCI’s broadest index of Asia-Pacific shares outside Japan was 0.47% higher.

Chinese trade data released Wednesday showed a 13.2% increase in yuan-denominated exports for the first half of 2022, while imports rose 4.8%, Reuters reported.

Investors will also be looking ahead to the U.S. inflation report for June.

Sharp weakness in oil prices in July suggests that June may mark a peak [in inflation].

The Bank of Korea raised rates by 50 basis points for the first time, bringing the rate to 2.25%, Reuters reported. That’s in line with analyst expectations in a Reuters poll. The Korean won stood at 1,305.98 against the greenback.

Thailand’s stock exchange is closed for a holiday Wednesday.

Major indexes in the U.S. see-sawed during the trading day before closing lower.

The U.S. will report consumer price index data later Wednesday, and markets are expecting hot inflation, which would keep the Fed firmly on its hiking path.

“Sharp weakness in oil prices in July suggests that June may mark a peak,” ANZ Research said in a note Wednesday. That could mean the most dynamic phase of Fed tightening could end after the central bank raises rates on July 27.

“However, our expectation is that underlying strength in core inflation and still deeply negative real policy rates means 50bps rate rises will still be appropriate after the summer,” the note said.

The U.S. dollar index, which tracks the greenback against a basket of its peers, was at 108.237 after briefly falling below 108.

The euro hit parity with the U.S. dollar on Tuesday for the first time in 20 years, with the common currency weakened by Europe’s energy supply concerns and economic troubles, while the safe-haven greenback has been supported by global growth worries.

Oil futures were little changed in Asia trade. U.S. crude futures and Brent crude were almost flat at $95.85 per barrel and $99.53 per barrel respectively.

Both benchmarks settled more than 7% lower in the previous session.