Stock futures are muted ahead of October jobs report 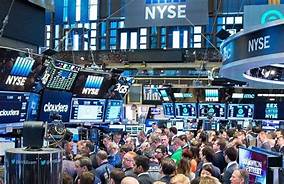 Stock futures were muted in early morning trading Friday ahead of the highly anticipated October jobs report. Futures on the Dow Jones Industrial Average fell 24 points, while S&P 500 futures and Nasdaq 100 futures both hovered above the flatline.

Thursday’s regular trading session saw the S&P 500 gain 0.4% to close at a record high in its sixth-straight winning day. The Nasdaq Composite notched its ninth consecutive positive session, rising 0.8% to a record close. The Dow bucked the trend and dipped 33.35 points.

Market participants digested the Federal Reserve’s plan to begin tapering its aid by the end of November, putting the central bank on track to end its asset purchase program by the middle of next year.