Stock futures are little changed ahead of May’s jobs report Stock futures were muted early Friday morning as investors focus their attention on more jobs data due out later in the day.

Futures tied to the Dow Jones Industrial Average were up 25 points, or less than 0.1%. S&P 500 futures also hovered fractionally higher while Nasdaq 100 futures sat below the flatline.

In regular trading Thursday, all three major indexes snapped two-day losing streaks, putting them on pace for a winning week. The Dow added 435.05 points, or 1.3%. The S&P 500 gained 1.8% and the Nasdaq Composite advanced 2.7%.

Thursday’s gains pushed the major averages into the green for the week. The S&P 500 is up 0.5% and headed for a second positive week in a row.

Trading was choppy at the start of trading Thursday with investors divided on recession calls and if the Federal Reserve may be positioned to take a break from its interest rate hikes. Fed Vice Chair Lael Brainard on Thursday told CNBC it’s unlikely to do so anytime soon and that it’s “got a lot of work to do to get inflation down to our 2% target.”

Investors were also digesting employment data released by ADP in the morning, which showed the slowest job creation pace of the pandemic-era recovery.

But stocks rallied into the close, finishing near session highs, as investors saw value in tech shares and other beaten-down names in this year’s pullback. Traders are looking ahead to Friday’s nonfarm payroll report. Though the pace of job growth is expected to have slowed for the month of May, economists say the labor market remains strong, even as parts of the economy have weakened.

“Today’s data also only heightens the focus on Friday’s May payrolls release – particularly on wage growth,” wrote Goldman’s Chris Hussey. “A very strong reading might signal that the Fed has a lot more to do to quell inflationary pressures in the economy, while a big negative surprise – like we saw in ADP today – could support those who think the U.S. is fast slipping into a recession.”

There are no big earnings reports scheduled for Friday. In addition to the nonfarm payrolls, traders will also be watching new purchasing managers’ index data from Markit and ISM, due out in the morning. 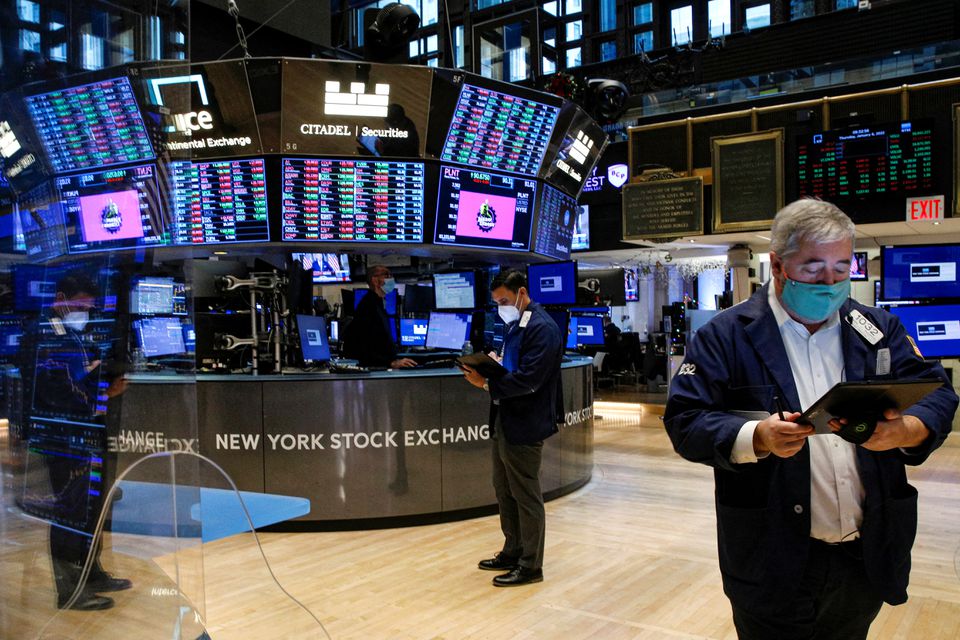