Shares of China properties listed in Hong Kong fall, as Kaisa and its units are suspended

Soegeefx AppsAsia MarketShares of China properties listed in Hong Kong fall, as Kaisa and its units are suspended 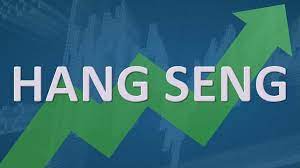 SINGAPORE — Stocks in Asia-Pacific were mixed in Friday trade as shares in Hong Kong led losses among the region’s major markets.

Hong Kong’s Hang Seng index slipped 0.85% in morning trade, paring some losses after a more than 1% drop earlier. Mainland Chinese stocks were mixed, with the Shanghai composite down 0.24% while the Shenzhen component gained 0.42%.

Trading in Hong Kong-listed shares of Chinese property developer Kaisa Group and several of its units was suspended on Friday, according to exchange notices.

It came after Kaisa Group said Thursday its finance unit missed a payment on a wealth management product, according to Reuters. Kaisa is the second-largest issuer of U.S. dollar-denominated offshore high-yield bonds among Chinese developers, according to Natixis. Evergrande ranks first.

It comes as investors continue to watch for developments in China’s property sector following the fallout from heavily indebted Evergrande. A few other Chinese real estate firms had also been under the spotlight for going into default, or missing payments on their debt.

The gains on Wall Street came following the U.S. Federal Reserve’s announcement on Wednesday that it will begin to slow its bond-buying program later this month.

If inflation slams the economy, these are the stocks you want to own, says Bernstein

The US dollar index, which tracks the greenback against a basket of its peers, was at 94.377 after a recent climb from below 94.0.

The Japanese yen traded at 113.68 per dollar, stronger than levels above 114 seen against the greenback yesterday. The Australian dollar was at $0.7385, struggling to recover after a plunge from above $0.75 earlier in the trading week.