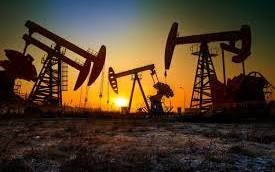 U.S. West Texas Intermediate crude futures were up 2.64% at $95.26 per barrel in Asia trade on Friday. The international benchmark Brent crude increased 2.77% to $101.82. Oil pared gains on Thursday after rising more than 8% on the news of Russia’s attack.

The Shanghai composite in mainland China added 0.45%, and the Shenzhen component jumped 1.44%. While Hong Kong’s Hang Seng index was up 0.32%.

U.S. President Joe Biden on Thursday said Washington will seek to isolate Russia from the global economy by introducing new sanctions following Moscow’s invasion of Ukraine. The White House has also authorized additional troops to be stationed in Germany, the president said.

The European Union also agreed to more sanctions on Russia, calling on the country to stop all military action and withdraw its forces.

El-Erian on Russia and the Fed: ‘This is the situation everybody was afraid of’

How to trade Russia’s invasion of Ukraine, according to one asset manager

Investors in the U.S. appeared to shake off Russia’s attack on Ukraine, with stocks mounting a stunning reversal to close higher after falling sharply earlier in the session.

The S&P 500 gained 1.5% after falling more than 2.6%, while the Dow Jones Industrial Average erased a 859-point drop to advance 92.07 points. The tech-focused Nasdaq Composite rose 3.3% after declining nearly 3.5% during trading hours.