Oil steadied after its biggest one-day gain this year as investors embraced risk assets and industry estimates showed another draw in U.S. stockpiles.

West Texas Intermediate traded above $81 a barrel after rallying 3.8% on Tuesday. The industry-funded American Petroleum Institute reported that U.S. crude inventories sank by about 1 million barrels last week, according to people familiar with the figures. The snapshot also showed a drop in crude at the key storage hub in Cushing, although gasoline holdings jumped.

Crude’s rally on Tuesday to the highest close since Nov. 11 came alongside gains in raw materials and equities after Federal Reserve Chair Jerome Powell sought to reassure investors the central bank can rein in inflation without damaging the U.S. economy. If he succeeds, that would safeguard oil demand.

Oil has roared higher in the opening days of the new year as concerns about the pandemic, especially the impact of the omicron variant, have eased off. At the same time, stockpiles have extended declines, suggesting a tighter market, and several OPEC+ producers have seen interruptions to supply.

“There are a lot of supply factors and omicron fears are ebbing,” said Howie Lee, an economist at Oversea-Chinese Banking Corp. in Singapore. “The market will remain tight for a while. Wherever the market is right now has just started to reflect oil’s fair value and there is still more to run.”

Official data on U.S. oil stockpiles follow later on Wednesday from the Energy Information Administration. Should they confirm a drop, it would be a seventh successive fall.

Brent’s pricing structure reflects rising concern over supplies, with the market in backwardation, a bullish pattern marked by near-term prices commanding a premium to those further out. The benchmark’s prompt spread was 68 cents a barrel on Wednesday, up from 41 cents at the start of the month.

In his congressional confirmation hearing, Powell said the Fed was on course to begin raising interest rates and reducing its mammoth balance sheet. Data due later Wednesday will probably show U.S. consumer prices rose 7% in December, according to the median forecast of economists surveyed by Bloomberg.

Still, concerns remain about omicron, especially in China, where authorities are cleaving to a Zero-Covid policy that seeks to stamp out the virus through localized lockdowns. Goldman Sachs Group Inc. cut its forecast for the nation’s economic growth this year to 4.3% due to the increased difficulty of containing the more-contagious variant. 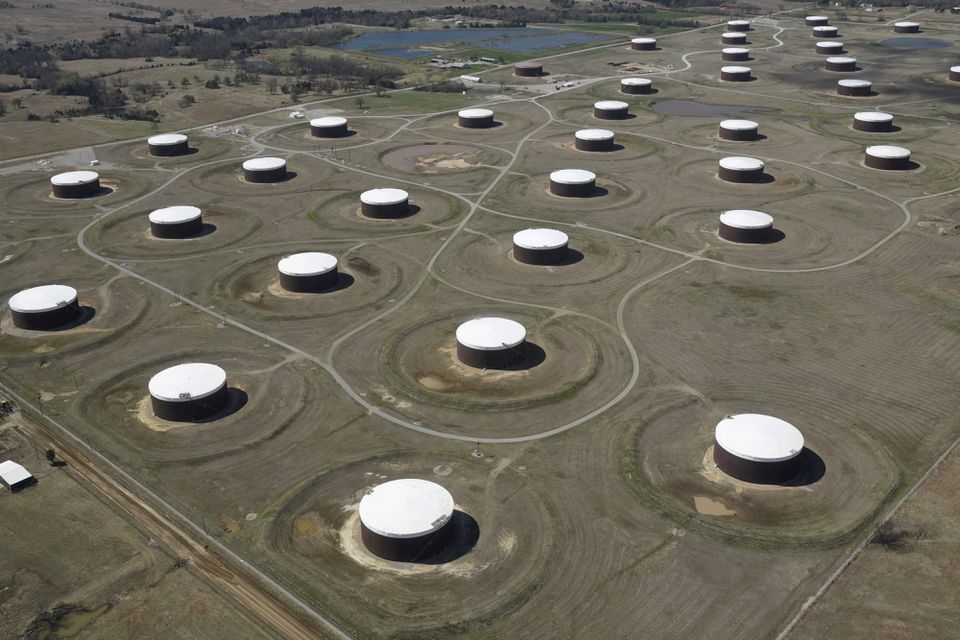