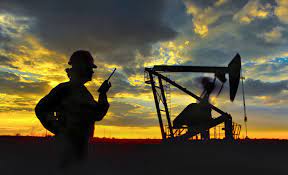 Oil prices eased on Monday, though held near 2023 highs, as rising numbers of COVID-19 cases in China clouded prospects for higher demand in at the world’s top crude importer as it reopens after ending strict anti-virus curbs.

“Both benchmarks WTI and Brent eased on Monday morning as investors gauge that the rising number of COVID-infections (in China) might create hurdles in ways of returning to normalcy,” said Priyanka Sachdeva, market analyst at Phillip Nova.

“Both benchmarks WTI and Brent eased on Monday morning as investors gauge that the rising number of COVID-infections (in China) might create hurdles in ways of returning to normalcy,” said Priyanka Sachdeva, market analyst at Phillip Nova.

“Caution definitely prevails in oil markets amid ambiguity of the rate hikes cycle by (the) Federal Reserve, surprise build-up in U.S. crude oil inventories and whether the IEA (International Energy Agency) revises its outlook on oil prices and demand for the year,” Sachdeva said.

Both contracts rose more than 8% last week, the biggest weekly gains since October and that may have spurred some short-term selling to lock in the profits from the move higher.

“After the scale of the move last week, we could be seeing some profit taking,” said Warren Patterson, ING’s Head of Commodities Strategy, adding that thinner trading volumes would make any selling appear to be more pronounced.

While prices retreated after last week’s surge, they continued to hover near 2023 highs on Monday.

China’s crude imports rose 4% year-on-year in December, while an expected resurgence in travel for the Lunar New Year holiday at the end of the week is brightening the outlook for transportation fuels.

Traffic levels in China are continuing to rebound from record lows following the easing of COVID-19 restrictions, resulting in stronger demand for crude and oil products, ANZ analysts said in a note.

The rebound in domestic demand is expected to lead to a 40% drop in China’s export of refined oil products in January from December’s figure, led by gasoline, trading sources and analysts said.

Meanwhile, the Organization of the Petroleum Exporting Countries and the International Energy Agency will release their monthly reports this week, closely watched by investors for global demand and supply outlooks.

Investors will also be watching for a key Bank of Japan (BOJ) meeting this week to determine if it would defend its super-sized stimulus policy.