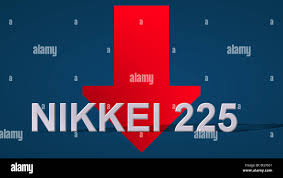 Shares in the Asia-Pacific fell sharply on Monday as negative sentiment continues to weigh in on markets.

The Reserve Bank of India’s monetary policy committee is scheduled to meet later this week, and China is expected to release data on factory activity at the end of the week.

Onewo, a subsidiary of property developer China Vanke, is set to debut on the Hong Kong stock exchange this week as well.

CNBC Pro: Dan Niles predicts when the S&P 500 might bottom, and reveals how he’s profited this year

Hedge fund manager Dan Niles has revealed his outlook for the S&P 500 after the Federal Reserve hiked rates by 75 basis points for the third consecutive time.

He shared the level he expects the S&P 500 to fall to, and stressed that “nothing that is safe” for investors right now.

Asian currencies weaken against the greenback

The Japanese yen lost ground against the U.S. dollar in Asia’s morning trade, changing hands at 143.60.

The offshore Chinese yuan weakened to 7.1475 per dollar.

South Korea’s won was at its weakest levels since 2009, trading at 1,423 against the greenback.

Heading into the final week of trading for September, the Dow and S&P 500 are each down about 6% for the month, while the Nasdaq has lost 8%.