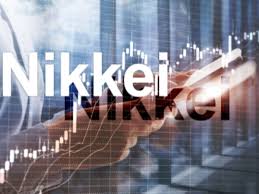 In Australia, the S&P/ASX 200 climbed 1.17%. Those gains came after Reserve Bank of Australia Governor Philip Lowe reiterated in a speech Wednesday that the central bank’s recent decision to end its bond purchase program “does not mean that an increase in the cash rate is imminent.”

“I recognise that in a number of other countries the ending of the bond purchase program has been followed closely, or is expected to be followed closely, by an increase in the policy rate,” Lowe said. “Our lower rate of inflation and low wages growth are key reasons we don’t need to move in lock step with others.”

Lowe’s comments came as investors around the globe have been grappling with the prospect of major central banks tightening monetary policy after almost two years of unprecedented stimulus.

These tech stocks look cheap after the January rout, based on their growth prospects

These are JPMorgan’s top stocks for February

Markets in mainland China, Hong Kong, Singapore and South Korea are closed on Wednesday for the Lunar New Year holidays.

The U.S. dollar index, which tracks the greenback against a basket of its peers, was at 96.254 after falling from above 97 earlier in the week.

The Japanese yen traded at 114.72 per dollar, stronger than levels above 115.2 seen against the greenback earlier this week. The Australian dollar changed hands at $0.7135 following its rise from levels below $0.702 earlier in the trading week.

Oil prices were higher in the morning of Asia trading hours, with international benchmark Brent crude futures up 0.25% to $89.38 per barrel. U.S. crude futures gained 0.19% to $88.37 per barrel.