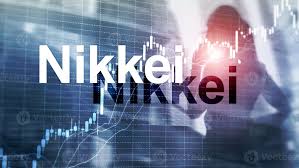 SINGAPORE — Japan’s stocks gave up some gains and the yen rose on news that former Japanese Prime Minister Shinzo Abe was gravely injured in a shooting.

The Nikkei 225 was up 0.56% and the Topix index was 0.83% higher. Both indexes were more than 1% higher earlier in the session, but fell after reports that Abe was shot during campaigning.

Japan’s Chief Cabinet Secretary Hirokazu Matsuno confirmed that Abe was shot at around 11:30am Japan time and said his condition was unknown.

Abe is still a heavyweight in Japan’s ruling Liberal Democratic Party, Reuters said. He was giving a speech in the city of Nara, campaigning on behalf of other LDP members ahead of Japan’s upper house elections on Sunday.

The Hang Seng index in Hong Kong was just above the flatline.

But fears of rising prices and an economic slowdown remain.

“The risk out there, of course, would be the heightened inflation and on top of that, there is also the risk of impending recession,” DBS Chief Investment Officer Hou Wey Fook told CNBC’s “Squawk Box Asia” on Friday.

The U.S. Bureau of Labor Statistics is set to report its nonfarm payrolls data Friday stateside. Economists expect a gain of 250,000 jobs for June, according to a Dow Jones survey. That would be less than the 390,000 jobs added in May.

In corporate news, SoftBank on Thursday said Rajeev Misra will step down as CEO of SoftBank Global Advisors, but remain in two other positions. Shares of SoftBank Group rose 1.34% in Asia.

The U.S. dollar index, which tracks the greenback against a basket of its peers, was last at 107.164.

The Australian dollar was at $0.6815, was struggling for gains after falling after the decision of the Reserve Bank of Australia to raise rates on Tuesday.

The Aussie drifted higher after news the foreign ministers of Australia and China are set to meet for the first time in nearly three years, according to Carol Kong, a senior associate, international economics and currency strategy, at Commonwealth Bank.

“Nevertheless, AUD will likely struggle to sustain these gains while China remains committed to its zero Covid policy and the global economy is losing momentum,” she wrote in a Friday note.