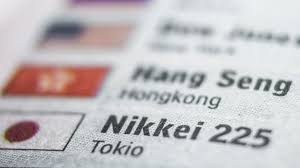 SINGAPORE — Shares in the Asia-Pacific jumped Wednesday after a sharp bounce in U.S. stocks overnight.

A little bit of good news goes a long way in this market.

Reserve Bank of Australia Governor Philip Lowe on Wednesday said inflation for the June quarter to be released next week will show a further step-up, and there needs to be a path back to 2% to 3% inflation.

Prices rose 5.1% in the March quarter. In his speech, Lowe also said the neutral nominal rate is at least 2.5%, whereas current rates are at 1.35%.

China kept its one-year and five-year loan prime rates unchanged at 3.7% and 4.45% Wednesday.

Besides the positive lead from Wall Street, there were also reports that Russia and Ukraine are nearing a deal that would end the blockade on grain exports, and that Nord Stream 1 is likely to restart gas exports on schedule after maintenance is completed.

“There’s still a lot of uncertainty around whether they’ll actually materialize, [but] a little bit of good news goes a long way in this market,” Tai Hui, chief global market strategist for APAC at JPMorgan Asset Management, told CNBC in a phone call today.

That said, it’s likely to be a short-term bounce in the market as uncertainties over the Fed and corporate earnings remain, he said.

In company news, Japanese automaker Toyota said its production in August would be around 700,000 units, lower than the previously announced figure of 850,000 units, due to a parts shortage related to Covid disruptions.

Toyota shares were 0.67% higher on Wednesday.

The U.S. dollar index, which tracks the greenback against a basket of its peers, was at 106.602, after falling sharply.

The Japanese yen traded at 138.13 per dollar, stronger than the levels seen last week. The Australian dollar was at $0.6899, strengthening from earlier this week.