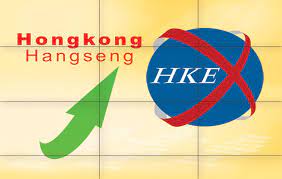 That was higher than analyst expectations for earnings of 7.31 yuan a share on CNY199.25 billion in revenue, according to StreetAccount.

Mainland Chinese stocks also traded higher, with the Shanghai Composite up 0.55% while the Shenzhen Component advanced 0.934%.

Chinese authorities held an unprecedented nationwide meeting via teleconference on Wednesday in a bid to bolster an economy battered by Covid, with Premier Li Keqiang warning of difficulties “even greater than the severe shock of the pandemic in 2020.”

“Premier Li’s directive for local [officials] to better balance COVID controls against economic growth, which has been cited as key to solving all problems, (from employment to livelihood and COVID containment), paves a path to a promising turnaround,” said Mizuho Bank’s Vishnu Varathan in a Friday note.

“Trouble is, this is an attempt at pain relief from, but not quite a panacea for, self-inflicted harm,” said Vishnu, who is head of economics and strategy at the firm.

Tech investor Paul Meeks says avoid this FAANG stock, picks the ones he can ‘stomach’

Goldman says it’s time to be a stock picker with energy stocks. Here are the firm’s favorites

Kyle Bass says U.S. will be in a recession in coming year, with food and oil prices still climbing

In Australia, the S&P/ASX 200 climbed 1.07%. Australia’s retail sales rose 0.9% in April to “another record level,” according to a Friday media release from the country’s Bureau of Statistics.

Following the data release, the Australian dollar changed hands at $0.7125, continuing to hold above the $0.705 level that it momentarily fell below earlier in the week.

The Japanese yen traded at 126.77 per dollar, still stronger than levels above 127.8 seen against the greenback earlier this week.

Oil prices were higher in the morning of Asia trading hours, with international benchmark Brent crude futures rising around 0.4% to $117.84 per barrel. U.S. crude futures edged 0.17% higher, trading at $114.28 per barrel.