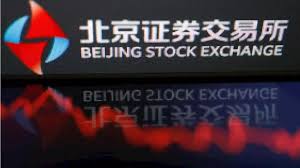 SINGAPORE — Shares in Asia-Pacific were mixed in Monday trade as investors monitor a Covid wave in China. Meanwhile, oil prices continued to be volatile amid the Russia-Ukraine war.

Mainland Chinese stocks were also lower, with the Shanghai composite down 1.3% while the Shenzhen component shed 1.612%.

Investors continued watching developments on the Russia-Ukraine war, which is disrupting shipping and air freight. Elsewhere, markets also monitored a recent wave of Covid infections in China — including the major city of Shenzhen.

“China is experiencing the largest wave of COVID since the end of national lockdown in March 2020,” ANZ Research’s Raymond Yeung and Zhaopeng Xing wrote in a Monday note.

“If the lockdown is extended, China’s economic growth will be significantly affected. It is too early for us to change our GDP growth forecast (5.0%) for 2022 , but we are wary of the impact of a partial lockdown in the economically rich provinces,” they said.

Oil prices during the Russia-Ukraine conflict have spiked to record levels but fell back last week on supply hopes, before rising again to close out the week. Over in Asia, China, India, Japan and South Korea are all major importers of oil, according to 2020 data from the International Energy Agency.

There’s a 35% chance that the S&P 500 could fall into a bear market, Bank of America says

The U.S. Federal Reserve is widely expected to announce a rate hike later this week, the first such move since 2018.

In Asia, the Bank of Japan is also set to announce its monetary policy decision later in the week.

The U.S. dollar index, which tracks the greenback against a basket of its peers, was at 99.262 after its recent bounce from below 98.

The Japanese yen traded at 117.81 per dollar after last week’s weakening from below 116 against the greenback. The Australian dollar was at $0.7252 after slipping from above $0.732 late last week.