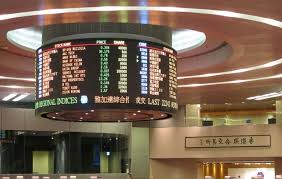 SINGAPORE — Shares in Asia-Pacific declined in Tuesday trade as tensions surrounding Russia and Ukraine continue to keep investors on edge.

The Shanghai composite in mainland China dipped more than 1% and the Shenzhen component dropped 1.426%,

Russian President Vladimir Putin ordered forces into two breakaway regions of eastern Ukraine, following a Monday announcement that he would recognize their independence.

After that development, the White House responded, with U.S. President Joe Biden ordering sanctions against the separatist regions of Ukraine.

Russia-Ukraine tension is a convenient excuse for the stock sell-off, but it’s about more than that

Meta is the worst performing FAANG stock this year. Here’s where Wall Street sees it going next

The U.S. markets were closed for a holiday on Monday, though moves in stock futures Monday night stateside pointed to losses ahead for Wall Street at the Tuesday open.

The U.S. dollar index, which tracks the greenback against a basket of its peers, was at 96.168 following a recent bounce from below 95.8.

The Japanese yen traded at 114.61 per dollar, largely holding on to gains as compared to levels above 115.6 seen against the greenback last week. The Australian dollar was at $0.7193, off levels above $0.72 seen recently.