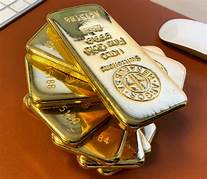 Gold prices were stuck in a tight range on Thursday as investors awaited U.S. inflation data that could offer fresh clues about the pace of the Federal Reserve’s monetary policy tightening.

Due out later in the day, the U.S. consumer price index for January was expected to have risen 0.5%, culminating in an annual rise of 7.3%, which would be the largest such increase since 1982, according to a Reuters poll.

A robust inflation reading is expected to burnish gold’s appeal as an inflation hedge, but interest rate hikes to contain pricing pressure would raise the opportunity cost of holding non-yielding bullion.

“I think the dollar is going to weaken off despite yields going higher because every other central bank is raising interest rates… to defend against inflation,” said Stephen Innes, managing partner at SPI Asset Management.

“If the Fed starts ramping up rates too quickly, it’s not good for the economy, especially with every other central bank doing the same thing in unison. In that sense, gold could actually be a pretty decent hedge over the long term.”

Benchmark 10-year U.S. Treasury yields were off their November 2019 highs reached earlier in the week, while the dollar was steady after dipping in the previous session.

The Fed will have to move faster than it has in the past to remove accommodation and tame inflation that is well above target, Cleveland Fed Bank President Loretta Mester said.

Expected aggressive Fed rate hikes could take some shine off gold from the second quarter, ANZ said in a note.