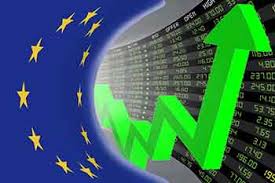 The pan-European Stoxx 600 was up 0.8% in early trade, with retail stocks adding 2.1% to lead gains while oil and gas stocks dropped 0.6%, the only sector in negative territory.

The positive start in Europe comes after regional markets closed lower on Wednesday as the positive trend seen in global stocks in recent days faded, particularly after euro zone PMI data fell to a 20-month low, cementing fears of a recession across the 19-member currency bloc.

U.S. stock futures were slightly higher Wednesday evening after falling in the regular trading session and breaking a massive two-day rally, while shares in the Asia-Pacific were mixed overnight after Wall Street’s rally fizzled.

Oil prices will soar by the end of this year, according to Goldman Sachs.

The Wall Street bank made the call after OPEC+, a powerful group of oil producers, decided to reduce production by 2 million barrels per day from November.

According to the bank’s analysts, it would be “unsustainable” for OPEC+ to maintain the cuts until the end of next year as oil inventories would fully deplete, prompting prices to soar and lead to demand destruction.

Barclays: Stocks getting respite from rates and dollar calming, but not ‘out of the woods’ yet

Barclays European equity strategists noted on Wednesday that a tentative calming in rates and the U.S. dollar have offered some respite to “oversold” stocks.

“Amid signs of financial stress, we may be nearer to the pain threshold for central banks, but we think a dovish pivot requires more evidence of weaker growth and a decisive fall in inflation, so we doubt equities are out of the woods yet,” Barclays Head of European Equity Strategy Emmanuel Cau said.

Cau suggested that the bar for a stock market bounce is pretty low, given that major indices are down 25%-30%, sentiment remains “uber-bearish” and the fourth quarter typically offers “positive seasonality.” However, he suggested that the “growth-policy trade-off” remains difficult.

“While de-risking has gone a long way, capitulation may continue without a trigger to ease hard landing fears. Sticky high inflation limits central banks’ ability to do a U-turn and to tolerate premature easing in financial conditions, even as recession looms,” Cau said.

“As seen in the U.K., though, credit stress matters for the central banks’ reaction function, and we may have touched their pain threshold, but markets should not confuse financial stability for monetary stimulus — the end of easy money has broad ramifications that are just now coming into view.”

NYU’s Aswath Damodaran loves companies that can “withstand a hurricane, a catastrophe if it does happen.”

The professor of finance at New York University, who is sometimes referred to as the “Dean of Valuation, believes big tech stocks can do just that, and reveals the stocks he owns.

OPEC and its allies’ decision to cut production by 2 million barrels per day confirms the group’s “naked desire for price buoyancy, not just support,” said Vishnu Varathan, head of economics and strategy at Mizuho Bank.

A supply cut of around 1 million barrels per day would have resulted in price gains without a compromise on volumes, but a larger cut shows the alliance’s “disregard for the economic woes of, and geo-political alignment with, global partners,” he wrote.

“What may have been argued as an opportunistic gamble exploiting geo-political supply kinks for self-interest advantage is now in danger of being interpreted as an affront to the U.S. and its allies (in protestation of Russia price cap plans) that aligns with Russia,” he added.

Despite abysmal returns from Chinese stock markets this year, one fund manager thinks there are pockets of value in certain ‘core sectors’ even when financial conditions are tight.

Edmund Harris, head of Asian & Emerging Market investments at Guinness Asset Management, says companies in the electric vehicle sector, factory automation, and sustainable energy field would likely outperform their global peers over the next 5 to 20 years.

He’s cited two stocks that are likely to benefit from this theme.

October could be the start of a bull market rally, Detrick says

Even though stocks pulled back Wednesday, stopping a major two-day win streak, October may still be the start of a new bull market rally according to Ryan Detrick, chief market strategist at Carson Group.

“We think this could be the start of a pretty decent-sized end of year rally,” Detrick said during CNBC’s “Closing Bell: Overtime.”

He also noted that even though markets ended the day lower, stocks posted a major rally in the afternoon that regained a lot of lost ground. That’s a positive, according to Detrick.

CNBC Pro: Time to buy the dip? Some stocks are still trading at lows with further big upside

The beginning of this week has brought something of a relief rally to stocks. Still, global as well as Wall Street indexes, are still well in the red year-to-date.

That could present an opportunity for investors looking for quality stocks and future upside in a volatile environment.

CNBC Pro screened for stocks trading within 10% of their 52-week low, but have a buy rating from more than 50% of Wall Street analysts that cover them. The stocks have an average price target upside of 20% or more, and earnings growth expectation for 2022 of at least 10%.

Here are the stocks that turned up.