LONDON — European stocks climbed on Tuesday as investors look ahead to the next U.S. inflation reading on Wednesday and monitor comments from the U.S. Federal Reserve.

Consumer prices in Europe and the U.S. jumped in recent months. Last Friday, figures showed that inflation in the euro zone hit a new record high in December and came in at 5% compared with the same month the previous year.

These stocks are best poised to beat expectations this earnings season, Bank of America says

Investors are looking for any clues from Fed officials as to the timing of interest rate hikes, too.

Among the top factors driving individual share price movement Tuesday was a slew of earnings announcements and trading updates.

U.K. cybersecurity company Darktrace rose almost 7% after raising its outlook on revenue growth, while analysts at Peel Hunt also upgraded the stock from “sell” to “hold.” And Germany’s Delivery Hero rose 5% after saying it expects its food delivery business to break even in the second half of 2022 following its acquisition of a majority stake in Spanish rival Glovo.

At the top of the European blue chip index, Swedish cloud computing firm Sinch surged nearly 10% after Goldman Sachs initiated coverage of the company’s stock with a “buy” rating.

On the opposite end of the spectrum, British board game maker Games Workshop slumped almost 11% after reporting a 4% drop in pre-tax profits. The company cited higher costs and supply chain disruptions as factors contributing to slower growth. 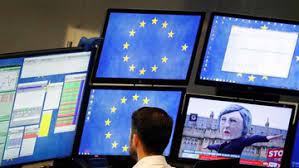 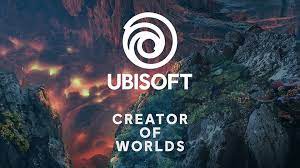