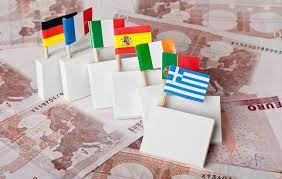 Investor sentiment has been tepid since mid-week after minutes from the Federal Reserve’s July meeting showed policymakers would not consider pulling back on interest rate hikes until inflation came down substantially, despite a slight slowing in inflation that had offered some hope for a less aggressive tightening path.

On the data front, European investors will be digesting July’s U.K. retail sales and German producer prices on Friday.

Markets in Asia-Pacific were mixed on Friday, taking their cues from a muted Wall Street, where the S&P 500 is looking to grind out another positive week. Stock futures stateside were flat in early premarket trade on Friday.

“The Overall Index Score dropped three points in August to -44, the lowest since records began in 1974. All measures fell, reflecting acute concerns as the cost-of-living soars. A sense of exasperation about the UK’s economy is the biggest driver of these findings,” Joe Staton, client strategy director at GfK, said.

“Sales volumes were 2.3% above their pre-coronavirus (COVID-19) February 2020 levels, but down over the past year,” the ONS added in its release.

Shares of French food services company Sodexo were down 2% in early deals. Broker Jefferies released a new note Friday morning where it cut the stock to a “hold” from a “buy,” also slashing its price target to 88 euros form 91 euros.

U.S. markets have picked up from their mid-June lows in recent weeks, but strategist David Roche believes current support for the market is set to run out.

Speaking to CNBC earlier this week, Roche, head of research firm Independent Strategy, said he thought the rally was “probably 75% over now.”

Market veteran Nancy Tengler says talk of a new bull market is premature, as she names the “reliable” stocks she likes right now.

“I think this rally has been excellent,” Tengler, who is CEO and chief investment officer of Laffer Tengler Investments, told CNBC “Squawk Box Asia” last week. “But I don’t think we’re off and running in a new bull market.”

She named several tech stocks that she thinks are “more reliable growers” — companies with a proven track record of growing earnings and dividends.