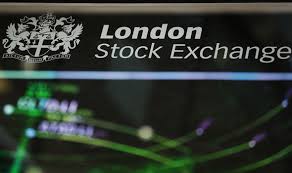 European markets are heading for a higher open as investors gear up for more inflation data this week, with U.S. consumer price data for December due Thursday.

U.S. Federal Reserve Chairman Jerome Powell on Tuesday emphasized the need for the central bank to be free of political influence while it tackles persistently high inflation.

In a speech delivered to Sweden’s Riksbank, Powell noted that stabilizing prices requires making tough decisions that can be politically unpopular. The speech did not contain any direct clues about where policy is headed for a Fed that raised interest rates seven times in 2022, and has indicated that more increases are likely this year.

CNBC Pro: This global ETF is the only fund that’s posted gains every year for the past decade

The only stock ETF to have had a positive return every year over the past decade has been revealed by CNBC Pro.

It has also offered investors a 14% compounded annual growth rate over the same period, which is significantly more than broader index tracking funds, according to Koyfin data.

Cryptocurrencies inched higher after crypto company Coinbase announced plans to trim 20% of its workforce as it looks to preserve cash during the crypto market downturn.

Other digital coins like Cronos and Cardano also advanced gains.

CEO Brian Armstrong said there was “no way” to reduce expenses and increase its chances of “doing well in every scenario” without reducing head count.

Investors endured a tough 2022, as stocks and bonds fell amid broader market turmoil.

While many sought refuge in the relative safety of cash, Citi says it’s now time to put it to work and named two ways to deploy it for higher returns.

Coinbase to layoff 20% of workforce

Coinbase’s stock gained 6% after the crypto exchange operator announced plans to slash 20% of its workforce in an attempt to trim costs.

The layoffs will impact 950 jobs and marks the second round of cuts from the company in recent months. Coinbase laid off 18% of its workforce in June in preparation for a potential recession and crypto winter, saying that it had grown “too quickly” during the bull market.

Crypto markets have come under pressure following the collapse of FTX, one of the industry’s largest operators.

Coinbase said the new round of layoffs will bring down its operating expenses by 25% for the quarter ending in March, according to a new regulatory filing.

European markets are heading for a higher open as investors gear up for more inflation data later this week, with U.S. consumer price data for December due Thursday.

Data releases will include Russian inflation data for December and earnings from British supermarket Sainsbury’s.