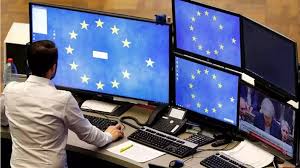 LONDON — European markets pulled back further on Friday after suffering their worst quarter since the onset of the Covid-19 pandemic, as inflation and interest rate hikes continue to weigh on sentiment.

The pan-European Stoxx 600 index fell 0.9% in early trade, with tech stocks shedding 2.5% to lead losses as all sectors and major bourses slid into negative territory.

FDJ was the worst performer in early deals, dropping 8% after Citigroup downgraded the French lottery company’s stock from “buy” to “sell.”

The biggest climber was Swedish real estate company SBB, which gained more than 5% after publishing a 2021 cash flow statement.

The European blue chip index closed the second quarter of the year on Thursday down 9% — the worst three-month period since the early stages of the pandemic in 2020 — and was down 16.6% year-to-date.

Global market sentiment remains gloomy as the war in Ukraine shows no sign of abating and inflationary pressures continue to mount, prompting central banks to embark on aggressive monetary policy tightening and exacerbating fears of a global economic slowdown.

Is the bear market coming to an end? Here’s one indicator pros say to watch closely

Recession stars: The best stocks in every industry during economic downturns

Shares in Asia-Pacific were lower overnight with Japan’s Nikkei 225 leading losses in the region, after the Bank of Japan’s quarterly business sentiment survey posted a sharp decline in the April-June period.

However, China’s manufacturing activity expanded at its sharpest rate for 13 months in June, boosted by resurgent output after the easing of Covid-19 lockdown measures.

Back in Europe, Reuters reported Thursday that the European Central Bank will on Friday begin a process of buying bonds from southern European nations, including Italy, Spain, Portugal and Greece. The ECB will reportedly use the proceeds from maturing German, French and Dutch debt, in a bid to cap spreads between their respective borrowing costs.

On the data front, a flash euro zone June inflation reading is due Friday morning, along with manufacturing PMIs from Germany, France, Italy and Spain. 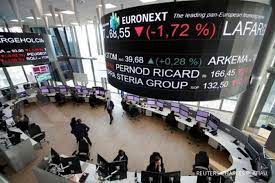 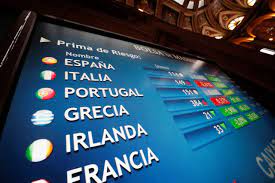