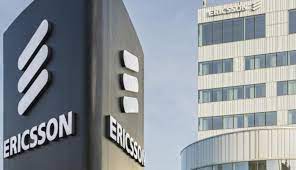 The pan-European Stoxx 600 index provisionally ended 0.05% higher, with most sectors pointing in opposite directions. Oil and gas stocks led the gains, up 1.5%, while telecoms stocks slipped 1.2%.

Energy prices in Europe could increase if Western countries impose sanctions on Russia, with U.S. President Joe Biden saying on Tuesday that a sanctions package would include reducing European consumption of Russian gas.

Meanwhile, British Prime Minister Boris Johnson said on Wednesday that the U.K. would target Russian banks and companies with sanctions if the country embarked on more aggressive activity toward Ukraine.

Markets around the world rallied on Tuesday after Russia announced that it had begun returning some troops to deployment bases after training exercises near the Ukrainian border, assuaging fears of an imminent invasion and raising hopes of a de-escalation of recent tensions with the West.

However, Western officials and Ukrainian President Volodymyr Zelenskyy have urged caution in taking Russia’s claims at face value, and NATO on Wednesday accused Russia of increasing the number of troops at the Ukrainian border.

Stocks on Wall Street also took a downward turn on Wednesday, with the Nasdaq Composite shedding more than 1% during early trade. Investors in U.S. markets are monitoring earnings and key economic data.

Among the top performers on Wednesday, shares of Swedish tobacco company Swedish Match gained 3.8% after the firm posted record full-year sales and operating profit with double-digit growth in both revenues and earnings.

Umicore shares gained 5% after the Belgian chemicals and metals recycling company posted an 81% jump in earnings for 2021 and optimistic guidance for 2022.

At the bottom of the European blue chip index, Swedish IVF company Vitrolife fell by almost 17% after reporting a fall in fourth-quarter net income.

Ericsson shares were trading 14% lower after the Swedish telecoms giant announced that an internal investigation had found serious compliance breaches at its business in Iraq.

On the data front, U.K. inflation came in at an annual 5.5% in January, slightly ahead of forecasts and remaining at a 30-year high.