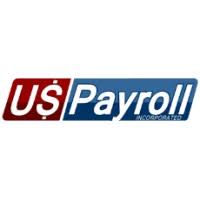 LONDON — European markets advanced on Friday to round out a bruising week, as investors await a key U.S. jobs report for indications on the health of the economy.

The pan-European Stoxx 600 added 0.6% in early trade, with autos climbing 1.6% to lead gains as all sectors and major bourses traded in positive territory.

European stocks made a negative start to the new trading month on Thursday, with the European blue chip index closing 1.8% lower, having finished the month of August in the red.

Global markets have been jittery since Friday after hawkish remarks from Federal Reserve Chair Jerome Powell and other central bank officials.

Today’s nonfarm payrolls report will offer a key insight into the likely approach from the Federal Open Market Committee to its next interest rate decision later this month. Economists forecast that 318,000 jobs were added to the U.S. economy in August, fewer than the shock 528,000 added in July, according to Dow Jones, while unemployment is expected to remain at 3.5%.

Investors in Europe are faced with additional downward pressures from the growing prospect of recessions in the euro zone and the U.K., with energy shortages arising from Russia’s war in Ukraine fueling cost of living crises and soaring inflation.

Shares in Asia-Pacific were mixed on Friday as investors looked ahead to the payrolls report. U.S. stock futures were fractionally lower after the Dow and S&P snapped four-day losing streaks to finish Thursday’s regular session in positive territory.

On the data front in Europe, euro zone producer prices for July are expected at 10 a.m. London time.

Oil prices rose further in Asia’s afternoon on a report that of G-7 finance ministers are expected to advance a plan to set a price cap on Russian oil.

Reuters reported that an unnamed European G-7 official said “a deal is likely,” adding the extent of the specifics that will be publicized remains unclear.

Prices also climbed earlier in the session ahead of an OPEC+ meeting slated to take place Sept. 5.

Russia’s energy influence over Europe appears to be coming to an end, energy and political analysts say, potentially alleviating the risk of further supply disruptions.

Europe in recent months has endured a sharp drop in gas exports from Russia, traditionally its largest energy supplier.

A bitter gas dispute between Brussels and Moscow following Russia’s invasion of Ukraine has exacerbated the risk of recession and a winter gas shortage. What’s more, many fear Russia could soon turn off the taps completely.

Asked whether Russia’s energy influence over Europe may be coming to an end, Agathe Demarais, global forecasting director at The Economist Intelligence Unit, told CNBC, “Yes. Actually, very much so.”

“And what that means is that Russia’s energy weapon is going to become moot,” she added.

Britain’s banks are giving staff one-off crisis payments. But they’re being urged to do much more

Britain’s financial sector is being urged to do more to help workers struggling with the cost-of-living crisis, despite a slew of top banking names providing one-off payments to low earners.

Nationwide announced on Aug. 15 a payment to more than 11,000 employees to help with the increasing cost of living, following the likes of Lloyds, Virgin Money and HSBC.

Other financial organizations are offering salary increases, including the NatWest Group, the Co-Operative Bank and Barclays.

Companies need to continue to assess salaries as inflation continues to put the pressure on wages, according to workers’ rights group Unite the Union.

“We’ll be not that long off from starting to think and talk about what pay rises should be given in the next year, and our claims will definitely be that people should be getting at least inflation,” Dominic Hook, Unite’s National Officer said.

“We don’t want people to have a real-terms cut in pay. They’re going to need an increase in pay, no question,” he said.

Stocks on the move: Bridgepoint up 8%, Berkeley Group down 5%

British property developer Berkeley Group fell 5% to the bottom of the index after HSBC downgraded the stock to “reduce” from “hold” and cut its target price.

Shell CEO preparing to step down next year – Reuters

The 64-year-old Dutchman has been at the helm of the oil major since January 2014, having joined the company in 1983.

CNBC Pro: Wall Street pros issue warning on stocks. Here’s what they say to buy instead

It’s time to get out of stocks, some analysts have urged this week.

Here’s what the pros say to buy instead, including the “best asset to own” during this stage of the investment cycle, according to Goldman Sachs.

Market volatility is on the rise, as fears mount that further interest hike rates to tackle inflation could come at the expense of economic growth. And there could be more pain ahead as the stock market now enters into what has traditionally been a “seasonally weak” period for equities.

But these low-volatility stocks have outperformed the market this year, and could have further upside ahead, according to analysts.