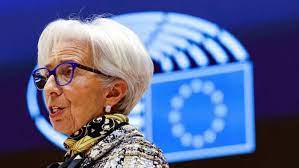 The pan-European Stoxx 600 closed up 0.1% after choppy trading earlier in the session. Telecoms shares rose 1.2% to lead the gains while autos stocks sank 1.5%.

Germany is expected to make a decision on stricter measures on Wednesday amid a surge in cases there, and France recorded more than 30,000 new daily infections on Tuesday for the first time since August.

However, optimism about the immediate future for economic activity declined. It came amid a fresh wave of Covid-19 infections across the region and surging prices, and the outlook deteriorated for December.

On Wednesday, Germany’s Ifo business climate index fell in November, dropping to 96.5 from October’s 97.7, as supply chain bottlenecks, inflation and the prospect of further Covid measures continue to darken the short-term outlook for Europe’s largest economy.

The business conditions survey fell to 99.0 this month from 100.2 in October, while business expectations dropped to 94.2 from 95.4.

Earnings before the bell came from Johnson Matthey, Virgin Money and United Utilities.

At the bottom of the European blue chip index, British genetics firm Genus plunged 10% after its trading update, which indicated that full-year profit before tax would likely be moderately lower than previous estimates.