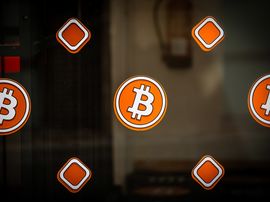 CoinFlex will allow users to take out a limited portion of their balances after pausing withdrawals last month due to a counterparty failing to make a margin call.

The crypto exchange said it will cancel pending withdrawals at 1am ET on July 15 and then close down trading on the platform, according to a July 14 blog post. Following the shutdown, users will be able to withdraw up to 10% of their balances, while the remainder will be blocked, it said.

“We will shut trading and system access before beginning the process of re-enabling withdrawals,” CoinFlex said. “We expect this to last a few hours and will notify you once we are back online for both trading and withdrawals.”

CoinFlex said they froze withdrawals after a counterparty, which it has identified as crypto investor Roger Ver, failed to pay $47 million in a margin call. The exchange said it has taken legal action to recover its losses and is in talks to sign a joint venture with another crypto exchange in a bid to revive its fortunes. In the most recent update, CoinFlex said that it was still working with “the significant creditor group.” Ver has denied he defaulted on debt owed to CoinFlex.

“We are continuing to work on all avenues to resolve this situation,” CoinFlex said in the July 14 post. “This ranges from possible further withdrawals and potential new equity investors to the acquisition of CoinFLEX and combinations in between.” The company stated the next update would be released July 22.

CoinFlex is one of several crypto platforms struggling to operate amid a major market downturn that’s wiped around $2 trillion off the total value of cryptocurrencies, with several players suspending withdrawals or filing for bankruptcy.