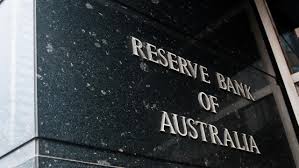 SINGAPORE — Asia-Pacific markets were mostly buoyant on Tuesday while bitcoin continued to rise after a recent rebound. Meanwhile, Australia’s central bank says inflation will peak by the end of the year.

The Shanghai Composite in mainland China traded higher at 0.22% while the Shenzhen Component gained by 0.15%.

The central banks have a playbook and that playbook tells them if inflation is 8.5%, if we want to kill inflation, we got to raise interest rates above 8.5%…

The Reserve Bank of Australia governor Philip Lowe said in a speech that he expected inflation in Australia to peak at around 7% by the end of the year as pandemic-related supply chain disruptions resolve.

Lowe said monetary policy tightening and interest rate hikes globally would work together to drive down inflation by creating a balance between the demand and supply of goods.

“Achieving that balance is not straightforward and there are risks involved, but higher interest rates will lessen the current inflationary pressures,” he said, adding that Australia should expect more rate increases with the RBA committed to charting back to inflation levels of 2% to 3%.

Meeting minutes released this morning showed the bank had leaned towards more tightening amid a resilient economy with record-low unemployment rates.

Kevin O’Leary names 3 companies to invest in: These are ‘not going to zero’

These low volatility, dividend-paying global stocks are beating the market — and could go higher

Higher interest rates are here, and that makes these vanilla investments compelling

U.S. markets are set to return to trade on Tuesday after a holiday on Monday. The major averages last week suffered their 10th losing week in 11 on fears that the central bank will hike rates aggressively to tame inflation at the risk of causing an economic downturn. The S&P 500 dropped 5.8% last week for its biggest weekly loss since March 2020, dipping deeper into bear market territory.

“In reality, and upon scrutiny, market moves by and large bear the hallmarks of measured short covering after the brutal sell-off last week, not unbridled strengthening,”

“It is not hard to imagine that Fed Chair Powell is grilled, and held to account, on the political hot potato issues of inflation,” Mizuho Bank’s Tan Boon Heng said in a note. “In response, Powell may reiterate his recent statement on the Fed’s desire for, and dedication to, “unconditional” assault on inflation.”

Speaking to CNBC’s “Squawk Box Asia” on Tuesday, Mark Mobius of Mobius Capital Partners says there is a likelihood that U.S. interest rates may spike as high as 9%.

“The central banks have a playbook and that playbook tells them if inflation is 8.5%, if we want to kill inflation, we got to raise interest rates above 8.5% so that the real rate is better than eight-and-a-half. So you’re looking at 9% interest rates,” he said.

The world’s largest cryptocurrency bitcoin rose on Monday after falling below its 2017 high over the weekend. It climbed above the $20,000 mark for much of the day. On Tuesday during Asia trading hours, bitcoin last rose 2.21% to around $20,540, according to Coin Metrics data.

The U.S. dollar index, which tracks the greenback against a basket of its peers, was at 104.298.