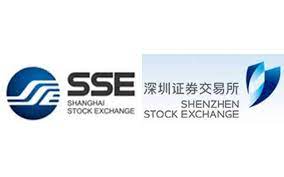 Shares in the Asia-Pacific were mostly higher on Monday as investors monitored market reaction to Chinese economic data.

Mainland China markets were mixed. The Shanghai Composite lost 0.16% and the Shenzhen Component was up 0.3%.

Japan’s Nikkei 225 increased 1.02% while the Topix index added 0.5% after the country reported an expansion in GDP.

Industrial production grew by 3.8%, below the expected 4.6% in a Reuters poll and slightly lower than the 3.9% figure reported in June.

Retail sales increased 2.7% in July compared with the same period in 2021, below the 5% growth forecast. India and South Korea markets are closed for a holiday Monday. 14 Min Ago

The People’s Bank of China lowered its one-year medium-term lending facility on 400 billion yuan ($59.3 billion) of loans to some financial institutions by 10 basis points to 2.75%, according to an announcement posted on the central bank’s website.

According to Reuters, all 32 respondents in a poll last week forecast that the medium-term lending facility rate would be kept steady.

The PBOC also cut its seven-day reverse repo rate by 10 basis points to 2%. 2 Hours Ago

That’s lower than the expected 2.5% increase based on forecasts in a Reuters poll.