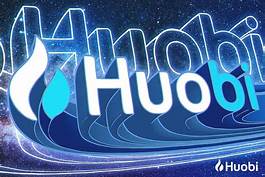 Huobi Group, the operator of China’s largest cryptocurrency exchange, has picked Singapore as its regional headquarters while choosing to have another location for Europe, said co-founder Du Jun.

Singapore becomes the company’s new base after it recently shifted focus outside its original home of Beijing, Du said in reply to queries from Bloomberg News. He has been based in the city-state since he returned to Huobi at the end of last year. The firm is planning to set up another regional headquarters in either France or the U.K. in 2023, he said.

While Huobi has had employees running an exchange business out of Singapore for years, the setup of an official headquarters in the city-state signals a further breakaway from its home country, which in September banned all crypto transactions and services on the mainland. Huobi, founded in China in 2013, has said it will offload all China users by the end of this year.

Southeast Asia is an attractive market where the number of trading users quadrupled over the past month, Du said.

Huobi International Pte., incorporated in Singapore in August, counts Li Lin, the other founder of the Chinese firm, as the majority shareholder, according to a filing to Singapore’s Accounting and Corporate Regulatory Authority. The other two shareholders are Atlas Value Ltd. and Zhen Partners Fund I, L.P., the filing shows.

Huobi Technology Holdings Ltd., an affiliate entity listed in Hong Kong, also set up another firm known as Huobi Singapore, which is seeking a license from the Monetary Authority of Singapore.