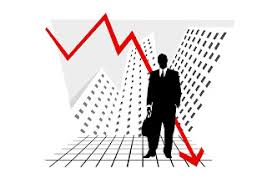 SINGAPORE — Asia-Pacific shares fell on Wednesday as investors digest inflation data from China and look ahead to the U.S. CPI report.

Mainland China markets slipped, with the Shanghai Composite fractionally lower and the Shenzhen Component down 0.32%.

China’s producer price index for July rose 4.2% from a year ago, lower than the 4.8% increase predicted in a Reuters poll.

Consumer prices increased 2.7% in July compared with the same period in 2021, the most since July 2020. Analysts expected the print to stand at 2.9%.

“Underlying inflation pressures remain limited in China because sporadic lockdowns have weighed on consumer spending and overall economic activity,” Carol Kong, a senior associate, international economics and currency strategy at Commonwealth Bank, wrote in a Wednesday note ahead of the data release.

Later Wednesday, the U.S. will be reporting inflation data as well. Economists predict that consumer inflation will come in at 8.7%, compared with 9.1% in June, according to Dow Jones.

Just how strong is the U.S. consumer? Here’s what Wall Street has to say — and the stocks it likes

MSCI’s broadest index of Asia-Pacific shares outside of Japan shed 0.48%.

In company news, Toyota Motor announced that it would suspend some production operations due to positive Covid cases at work sites.

Cathay Pacific and Honda Motor are among the companies reporting earnings on Wednesday.

A strong inflation print is likely to reinforce the idea that the Fed is not close to pausing its tightening cycle and markets would readjust their expectations for U.S. interest rates, Commonwealth Bank’s Kong added.

“A resurgence in FOMC rate expectations can help the USD recover, especially against the JPY, which is sensitive to changes in U.S. Treasuries.”