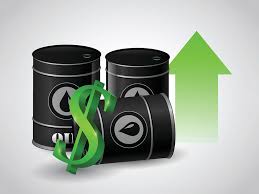 Those losses came after the Financial Times reported Saudi Arabia is ready to pump more oil if Russian output declines. That comes after European Union leaders agreed earlier this week to ban most Russian crude imports by the end of the year.

These are JPMorgan’s favorite stocks heading into June

Following the data release, the Australian dollar changed hands at $0.7169, still off levels above $0.72 seen recently.

The U.S. dollar index, which tracks the greenback against a basket of its peers, was at 102.562 after a recent jump from below 102.

The Japanese yen traded at 130.09 per dollar, weaker as compared with levels below 128 seen against the greenback earlier this week.