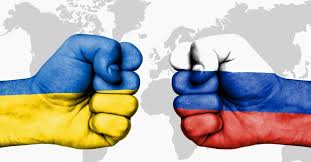 Mainland China’s Shanghai composite declined 0.26% while the Shenzhen component fell 0.225%. The Hang Seng index in Hong Kong, which led losses among the region’s major markets on Monday, outperformed as it climbed 0.49%.

The losses on Wall Street came as investors continue to monitor the potential economic hit of disruptions in the global energy supply as the Russia-Ukraine war continues.

Investors continued to monitor moves in the oil markets on Tuesday, with prices dipping in the morning of Asia trading hours. International benchmark Brent crude futures slipped 0.52% to $122.57 per barrel. U.S. crude futures shed 0.72% to $118.54 per barrel.

Amid the lingering uncertainty from the Russia-Ukraine conflict, oil prices recently spiked momentarily to their highest levels since July 2008.

Regional airline stocks, which are sensitive to oil prices, largely continued to decline in Tuesday trade.

Cathay Pacific, on the other hand, gained 0.15% while Australia’s Qantas also climbed 0.66%.

The U.S. dollar index, which tracks the greenback against a basket of its peers, was at 99.195 following recent turbulence that saw it trading between 99.4 and 98.7.

The Japanese yen traded at 115.47 per dollar, following yesterday’s weakening from below 115 against the greenback. The Australian dollar was at $0.7343 after recently declining from above $0.736, shedding some of its gains from last week.