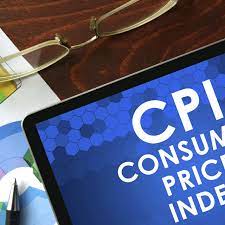 SINGAPORE — Shares in Asia-Pacific were mixed in Friday trade, as investors in the region reacted to the Thursday release of a hotter-than-expected U.S. consumer inflation report that pushed the 10-year Treasury yield past 2%.

South Korea’s Kospi fell 0.28%, with shares of game developer Krafton plunging more than 11% after it announced Thursday a 84.9% year-on-year drop in its net profit for the fourth quarter.

Markets in Japan are closed on Friday for a holiday.

Investors monitored moves in U.S. bond yields on Friday, after the U.S. consumer price index for January showed a hotter-than-expected 7.5% year-over-year rise — its largest gain since 1982. The reading was also higher than Dow Jones estimates of 7.2% for the closely watched inflation gauge.

The benchmark U.S. 10-year Treasury yield, which crossed 2% Thursday stateside after starting the year at 1.51%, last sat at 2.0363%. Yields move inversely to prices.

The U.S. dollar index, which tracks the greenback against a basket of its peers, was at 95.913 after recently dropping from levels close to 96 before bouncing from below 95.4.

The Japanese yen traded at 116.13 per dollar, weaker than levels below 115.8 seen against the greenback yesterday. The Australian dollar was at $0.7138 after recently falling from above 0.72%.

Oil prices were lower in the afternoon of Asia trading hours, with international benchmark Brent crude futures down 0.26% to $91.17 per barrel. U.S. crude futures shed 0.16% to $89.74 per barrel.