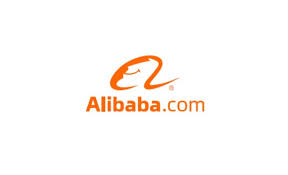 SINGAPORE — Shares in Asia-Pacific fell in Tuesday morning trade after the S&P 500 fell overnight and closed in bear market territory.

The Nikkei 225 in Japan fell 2% as shares of conglomerate SoftBank Group declined more than 3%, while the Topix index declined 1.55%.

Risk assets have plummeted with recession risk rising given the surge in yields and expectations of the Fed doing a Volcker.

Australia’s S&P/ASX 200, which returned to trade Tuesday following a holiday yesterday, tumbled 4.78% — and was one of the worst performers in the region. MSCI’s broadest index of Asia-Pacific shares outside Japan traded 1.61% lower.

The stock market tends to lose a third of its value heading into recessions, RBC says

Fed policymakers are now contemplating the idea of a 75-basis-point rate increase later this week, according to CNBC’s Steve Liesman. That’s bigger than the 50-basis-point hike many traders had come to expect. The Wall Street Journal reported the story first.

“I think the simple way of explaining it is that, if [the Fed] don’t get inflation under control now, they may have a 10-year inflation problem and we go back to you know, the economic circumstances of the 70s,” Eric Robertsen, global head of research at Standard Chartered Bank, told CNBC’s “Squawk Box Asia.”

The stock markets are now starting to “reconcile” with that prospect, Robertsen said.

“Risk assets have plummeted with recession risk rising given the surge in yields and expectations of the Fed doing a Volcker,” Tapas Strickland, director of economics at National Australia Bank, said in a note on Tuesday.

In the early 1980s, former Fed Chief Paul Volcker helped tame inflation by raising benchmark interest rate to close to 20% and sent the economy into recession.

“If the Fed hikes by 75bps that will be a true Volcker moment and underscore front loading, a 50bp hike in contrast would cement the likelihood of 50bp hikes at every meeting for the rest of the year,” Strickland said.

The yield on the benchmark 10-year Treasury note recently saw its biggest move since March 2020, and last stood at 3.37%. The 2-year rate also saw a big jump and is currently trading at 3.415%. Yields move opposite to prices.

The 2-year rate now sits higher than the 10-year Treasury yield, representing an inversion – a measure closely watched by traders and often viewed as a potential indicator of recession.

The U.S. dollar index, which tracks the greenback against a basket of its peers, was at 105.169 — continuing a general upward trek after last week’s climb from levels below 102.6.

The Japanese yen traded at 134.29 per dollar, stronger as compared with levels above 135 seen against the greenback yesterday. The Australian dollar was at $0.6946 after yesterday’s fall from above $0.70.

Oil prices were higher in the morning of Asia trading hours, with international benchmark Brent crude futures climbing 0.18% to $122.49 per barrel. U.S. crude futures advanced 0.17% to $121.14 per barrel.