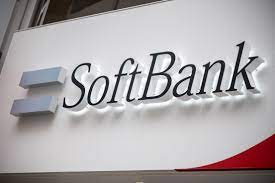 SINGAPORE — Shares in Asia-Pacific were mixed in Tuesday trade, as investors in the region continue to assess the inflation and central bank policy outlook.

Japan’s Nikkei 225 gained 0.46% while the Topix index climbed 0.55%. Shares of conglomerate SoftBank Group rose about 0.7% as the Financial Times reported that the firm’s sale of chip business Arm to Nvidia had collapsed.

Global markets have continued to see a wave of volatility as investors continue to assess the outlook for factors such as central bank policy normalization, with expectations that fast-rising wages in the U.S. could lead the Federal Reserve to raise interest rates even higher this year.

The U.S. dollar index, which tracks the greenback against a basket of its peers, was at 95.424 — off levels around 95.2 seen late last week.

The Japanese yen traded at 115.28 per dollar following its strengthening yesterday from levels above 115.2 against the greenback. The Australian dollar was at $0.7128 after yesterday’s climb from below $0.708.